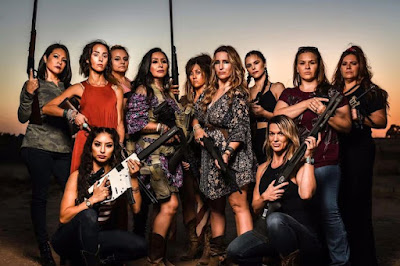 Triggered leftists are reportedly threatening a group of moms opposed to mandatory vaccines in California who have formed a pro-Second Amendment group empowering women called the “Mamalitia.”

“Mamalitia community has canceled all public meet and greet events due to media attacks, irresponsible reporting and false claims that have invited terrorist organizations to threaten our women and children,” reads a press release put out by the group. 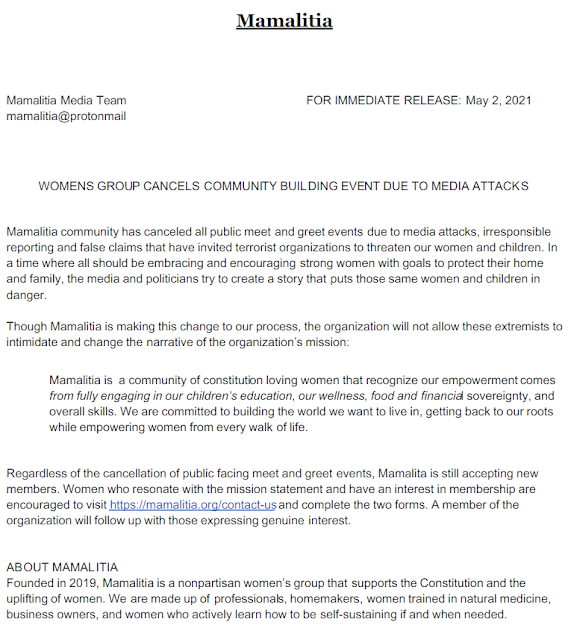 “In a time where we should all be embracing and encouraging strong women with goals to protect their home and family, the media and politicians try to create a story that puts those same women and children in danger.”

Last week, the group was covered in a report by CBS Sacramento, which framed the organization as part of the January 6 event at the US Capitol, and accused them of using inflammatory language which could incite violence.

Dr. Richard Carpiano is a professor of public policy and sociology at the University of California, Riverside who has followed the group and its movements on social media since its founding.

He says Aguilar was in Washington, D.C., in January when a violent coup stormed congress, though there’s no evidence she breached the building.

But she has been seen on social media alongside members of groups like the Proud Boys.

He’s concerned that with this rhetoric some group members could become violent.

“When you’re showing pictures of you with weapons, you are advertising services to train people in firearms. There’s no reason whatsoever to think they’re not pushing some extremist view,” he said.

“Not only did they protest the public health measures but they then employed tactics to bully and intimidate people,” Pan told CBS Sacramento.

The group’s founder, Denise Aguilar, defended Mamalitia, saying, “We are not violent, we have not been on a watchlist. We are simply a group of women who are training each other and networking together.”

The group says despite the attacks they’re still encouraging women to join their growing movement if they align with the following mission statement:

Mamalitia is a community of constitution loving women that recognize our empowerment comes from fully engaging in our children’s education, our wellness, food and financial sovereignty, and overall skills. We are committed to building the world we want to live in, getting back to our roots while empowering women from every walk of life.

“The tyrants have created women who are ready to go like it’s 1776,” the group proclaims on their website Mamalitia.org.

Posted by Lip Ink international at 9:55 AM No comments: