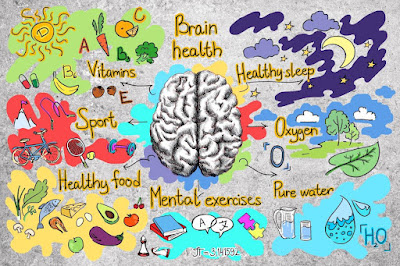 Scientists search for the neural basis of an enigmatic experience

Pursued by poets and artists alike, beauty is ever elusive. We seek it in nature, art and philosophy but also in our phones and furniture. We value it beyond reason, look to surround ourselves with it and will even lose ourselves in pursuit of it. Our world is defined by it, and yet we struggle to ever define it. As philosopher George Santayana observed in his 1896 book The Sense of Beauty, there is within us “a very radical and wide-spread tendency to observe beauty, and to value it.”

Philosophers such as Santayana have tried for centuries to understand beauty, but perhaps scientists are now ready to try their hand as well. And while science cannot yet tell us what beauty is, perhaps it can tell us where it is—or where it isn’t. In a recent study, a team of researchers from Tsinghua University in Beijing and their colleagues examined the origin of beauty and argued that it is as enigmatic in our brain as it is in the real world.

There is no shortage of theories about what makes an object aesthetically pleasing. Ideas about proportion, harmony, symmetry, order, complexity and balance have all been studied by psychologists in great depth. The theories go as far back as 1876—in the early days of experimental psychology—when German psychologist Gustav Fechner provided evidence that people prefer rectangles with sides in proportion to the golden ratio (if you’re curious, that ratio is about 1.6:1).

At the time, Fechner was immersed in the project of “outer psychophysics”—the search for mathematical relationships between stimuli and their resultant percepts. What both fascinated and eluded him, however, was the much more difficult pursuit of “inner psychophysics”—relating the states of the nervous system to the subjective experiences that accompany them. Despite his experiments with the golden ratio, Fechner continued to believe that beauty was, to a large degree, in the brain of the beholder.

So what part of our brain responds to beauty? The answer depends on whether we see beauty as a single category at all. Brain scientists who favor the idea of such a “beauty center” have hypothesized that it may live in the orbitofrontal cortex, the ventromedial prefrontal cortex or the insula. If this theory prevails, then beauty really could be traced back to a single region of the brain. We would experience beauty in the same way whether we were listening to Franz Schubert song, staring at a Diego Velázquez painting or seeing a doe denning under the starlight.

If the idea of a beauty center is correct, then this would be a considerable victory for theory of functional localization. Under this view—which is both widely held and widely contested—much of what the brain does is the result of highly specialized modules. To simplify the idea a bit, we could imagine assigning Post-it notes to areas of the brain with job descriptions underneath: “pleasure center,” “memory center,” “visual center,” “beauty center.” While some version of this theory is likely true, it’s certainly not the case that any kind of mental state you can describe or intuit is cleanly localized somewhere in the brain. Still, there is excellent evidence, for example, that specific parts of the visual cortex have an exquisite selectivity for motion. Other, nonoverlapping parts are quite clearly activated only by faces. But for every careful study that finds compellingly localized brain function, there are many more that have failed to match a region with a concrete job description.

Rather than potentially add to the mix of inconclusive, underpowered studies about whether the perception of beauty is localized to some specific brain area in their recent investigation, the Tsinghua University researchers opted to do a meta-analysis. They pooled data from many already published studies to see if a consistent result emerged. The team first combed the literature for all brain-imaging studies that investigated people’s neural responses to visual art and faces and that also asked them to report on whether what they saw was beautiful or not. After reviewing the different studies, the researchers were left with data from 49 studies in total, representing experiments from 982 participants. The faces and visual art were taken to be different kinds of beautiful things, and this allowed for a conceptually straightforward test of the beauty center hypothesis. If transcendent, capital-B beauty was really something common to faces and visual art and was processed in the capital-B-beauty region of the brain, then this area should show up across studies, regardless of the specific thing being seen as beautiful. If no such region was found, then faces and visual art would more likely be, as parents say of their children, each beautiful in its own way.

The technique used to analyze the pooled data is known as activation likelihood estimation (ALE). Underneath a bit of statistical formality, it is an intuitive idea: we have more trust in things that have more votes. ALE takes each of the 49 studies to be a fuzzy, error-prone report of a specific location in the brain—roughly speaking, the particular spot that “lit up” when the experiment was conducted, together with a surrounding cloud of uncertainty. The size of this cloud of uncertainty was large if the study had few participants and small if there were many of them, thus modeling the confidence that comes from collecting more data. These 49 points and their clouds were then all merged into a composite statistical map, giving an integrated picture of brain activation across many studies and a means for saying how confident we are in the consensus across experiments. If a single small region was glowing red-hot after the merge (all clouds were small and close together), that would mean it was reliably activated across all the different studies.

Performing this analysis, the research team found that beautiful visual art and beautiful faces each reliably elicited activity in well-defined brain regions. No surprises here: it is hoped that the brain is doing something when you’re looking at a visual stimulus. The regions were almost completely nonoverlapping, however, which challenged the idea that a common beauty center was activated. If we take this at face value, then the beauty of a face is not the same as the beauty of a painting. Beauty is plural, diverse, embedded in the particulars of its medium.

It’s possible the hypothesized beauty center actually does exist and just failed to show up for a variety of methodological reasons. And to be sure, this one analysis hardly settles a question as profound and difficult as this one. Yet that raises an important point: What are we trying to accomplish here? Why do we care if beauty is one thing in the brain or 10? Would the latter make beauty 10 times more marvelous or diminish it 10-fold? More pertinent: How do we understand beauty differently if we know where to point to it in the brain? It will probably be many years, perhaps even generations, before we have something like a neuroscience of aesthetics that both physiologists and humanists will find truly compelling. But we can be sure that beauty’s seductions will keep calling us back to this messy, intriguing and unmapped place in the interim.

Posted by Lip Ink international at 11:20 AM No comments: