What Are The Possible Benefits of MCT Oil? 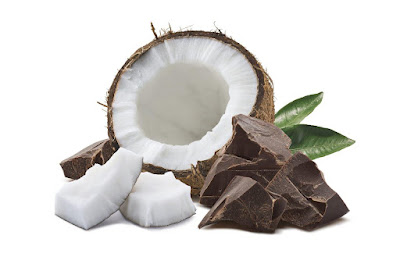 Medium-chain triglycerides are a type of fat that is found in certain oils and dairy products. MCT oil is a supplement made of these fats. But what are the potential health benefits of MCT oil?
Many articles in circulation recommend the use of MCT oil. They claim that it can help people lose weight and that it has several other benefits.
This article explores the health benefits of MCT oil, as supported by scientific evidence. It also considers the risks around the use of MCT oil, as well as where to source it and how it can be used.
Overview 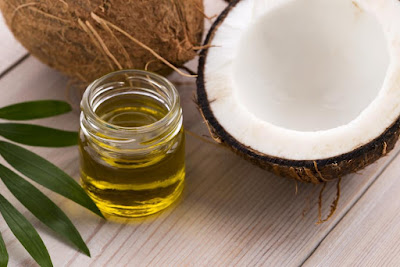 MCT oil can be derived from coconuts, and is often used to aid weight loss or improve stamina.
MCT oil is a dietary supplement that is made up of MCT fats, which are fats that can be found in coconut oil, palm kernel oil, and dairy products.
MCT oil is mainly used by people looking to lose weight, or boost their endurance during a workout.
Some supporters of MCT oil also claim it can improve the ability to think, as well as help with various forms of dementia.
What are MCTs & Why Are They Different From Other Fats?
Fats are made up of chains of carbon atoms, and most of the fats in a person’s diet are made up of 13 to 21 of these atoms. These are called long-chain fatty acids.
In contrast, short-chain fatty acids are made up of 6 or fewer carbon atoms.
MCTs refers to medium-chain triglycerides that sit in the middle of the other two types. They are of medium length and made up of 6 to 12 carbon atoms.
MCTs are found in coconut oil and are processed by the body in a different way to long-chain fatty acids. Unlike other fats, they go straight from the gut to the liver. From here, they are used as a source of energy or turned into ketones.
Ketones are substances produced when the liver breaks down a lot of fat, and they can be used by the brain for energy instead of glucose or sugar.
As the calories in MCTs are used straightaway, they are less likely to be stored as fat. This principle is the basis of the ketogenic diet, which many people believe is an effective way to lose weight.
Potential Health Benefits of MCT oil
There are several potential health benefits of MCT oil. Some of these are supported by scientific evidence, while others are yet to be proven. Each potential benefit and its available evidence is explored below:
1. Better Brain & Memory Function
The Alzheimer’s Drug Discovery Foundation have reported the pros and cons of MCTs in respect of brain and memory function, as well as their potential benefits for those with Alzheimer’s disease.
But to what extent are the claims surrounding MCTs backed up by scientific evidence?
A 2016 review notes that in three studies, the brain’s take-up of ketones in people with Alzheimer’s was the same as in healthy people. In contrast, the brain’s take-up of glucose was poorer in those with Alzheimer’s than healthy people.
The reviewers also note that ketosis has a slight beneficial effect on thinking ability for those with Alzheimer’s. Ketosis is when the brain uses ketones for energy instead of glucose.
More research is needed to say with certainty that MCTs or MCT oil can improve brain and memory function. That said, initial research is promising, and there is growing interest in the use of MCTs in this area.
2. Energy Boost & Increased Endurance 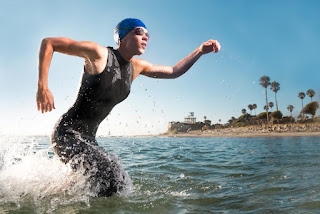 MCT oil may help to improve endurance, and provide energy for intense exercise.
Supporters of MCT oil claim that it can help boost a person’s energy and improve their endurance when they are working out.
A 2009 study found that consuming food rich in MCTs, rather than longer-chain fats, improved the time that recreational athletes could endure high-intensity exercise.
This evidence is encouraging but too limited to conclude for certain that MCTs or MCT oil can improve exercise endurance, as one 2010 study notes.
3. Weight Loss & Improved Weight Management
A popular claim that supporters of MCT oil make is that it helps with weight loss. This area has been studied the most by scientists.
A 2003 study found that MCTs increased the calories and fat that overweight men burned. It concluded that MCTs might be helpful in the prevention of obesity and to stimulate weight loss.
A 2014 study found that MCTs led to a greater increase in the hormones that reduce appetite and make a person feel full. This was in comparison with longer-chain fats.
The evidence suggests that MCTs may play an important role in weight loss and management.
However, it is important to note that studies have looked at MCTs as a type of dietary fat rather than MCT oil supplements specifically.
4. Lowered Cholesterol
MCTs may also have a part to play in helping to protect heart health by lowering cholesterol.
A 2009 study that looked at 40 women found that consuming coconut oil reduced bad types of cholesterol and improved good ones. The comparison was to soybean oil and taken alongside a calorie-controlled diet.
As MCT oil is high in the MCTs found in coconut oil, it is also likely to improve cholesterol levels. However, as the study did not look at MCT oil specifically, this cannot be said with certainty.
5. Lowered Blood Sugar Levels
MCTs may also help to improve blood sugar levels and play a potential role in diabetes management.
A 2007 study found MCT improved diabetes risk factors, including insulin resistance, in a small group of participants with type 2 diabetes.
Risks & Considerations 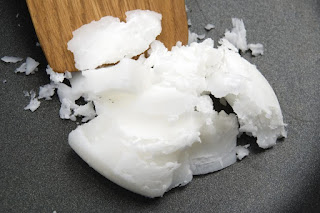 MCT oil should not be used for cooking. Solid coconut oil should be used instead.
MCTs from dietary sources and MCT oil may have some health benefits. However, it is important to remember that when a person consumes these, they are consuming fats.
Taking MCT oil adds extra fats and calories to a person’s diet. As such, excessive use of MCT oil may not be beneficial and could lead a person to gain weight.
MCT oil supplements are created from versions of food oils, and so are not considered a natural product.
It is important to remember that MCT oil has a low smoke point, so it is not suitable for cooking.
However, solid coconut oil, which is high in MCTs, can be used in cooking and may be used to replace olive oil or other cooking oils.
Sources of MCTs
MCT oil supplements are available in many health food stores and are available for purchase online.
Some people prefer to consume MCTs in their diet, which may be more natural than taking supplements. MCTs are found in:
Takeaway
MCTs have many potential health benefits, and taking MCT oil supplements may also be beneficial.
While MCTs may not lead to dramatic weight loss, they may be able to play a role in overall weight management. They may also help boost energy and endurance, although more research is needed to prove this benefit.
A growing body of research also suggests that MCTs may improve a person’s ability to think and fight the effects of conditions such as Alzheimer’s. Again, this is an area that needs further study.
It is worth noting that consuming MCTs from dietary sources may mean that a person gets more nutritional benefit than taking MCT oil supplements.
https://www.medicalnewstoday.com/articles/320251#takeaway
Posted by Lip Ink international at 10:09 AM